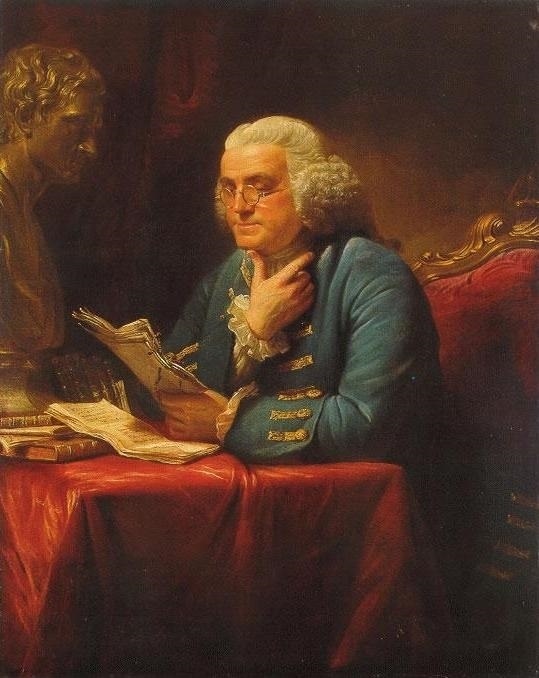 Benjamin Franklin led an amazing life. From humble beginnings, he became a successful printer, newspaper man, author, inventor, diplomat and statesman. His great success came from living the virtues of frugality and hard work. He used this financial success to “allow himself to grow into the kind of man who had the character, wisdom and time to become an involved, upright citizen; able to serve others.” Franklin’s personal finance lessons represent timeless wisdom and are as appropriate today as they were in Colonial America.

Understand the true value of things.  When Ben was seven, he saw another boy blowing a whistle. He loved the sound and offered the boy all the money in his pockets to buy it. The other boy happily agreed and young Ben was thrilled with his new whistle and blew it all over the house. His satisfaction with the whistle ended when his siblings informed him that he paid more than four times what the whistle was worth. Franklin recalled that the “Chagrin of paying too much was far more than the pleasure the whistle gave me.” Franklin never forgot the whistle. Whenever he was tempted to buy some unnecessary thing he said to himself, “Don’t give too much for the whistle” and saved his money.

Invest in yourself. Franklin loved to read and spent his earnings on books, spending at least one or two hours a day reading. He felt that reading provided him the means of constant improvement which “repaired in some degree” the loss of formal education. Franklin felt that “If you want to have more time and money in the long-term, then in the short-term you need to invest your money, and a lot of your time, in yourself. Invest in things that further your health, relationships, education and career and you will reap rich dividends down the road.”

Surround yourself with friends who share your values. Franklin lived in London when he was learning the printing business. His befriended James Ralph, who arrived in London without a dollar to his name and half-heartedly and unsuccessfully looked for work as an actor, clerk and journalist.  Ralph and Franklin were buddies for nearly two years; amusing themselves and consuming Franklin’s money. Ultimately, Ralph owed Franklin 27 pounds which Ralph did not repay. After this experience, Franklin selected his associates more judiciously; seeking out men and women who shared his high values.He formed mutual improvement groups where he and his friends could challenge each other’s ideas and help “elevate each other’s hearts and minds.”

Don’t compromise your integrity for money. For Franklin the key to being able to choose principles over money was to not end up so enslaved to luxury that you would be willing to do anything to maintain your lifestyle. A man wished to pay to publish a piece in Franklin’s fledgling newspaper, the Pennsylvania Gazette. Franklin rejected the piece as “scurrilous and defamatory” and let the man know that Franklin had “formed a determination never to prostitute my press for the purposes of corruption, and abuse of this kind, for the sake of simply gaining a more comfortable subsistence.”

Steady diligence is the way to wealth.  At age 20, Franklin wrote his “Plan for Future Conduct.” In it, he promised himself to “apply myself industriously to whatever business I take in hand and not divert my mind from my business by any foolish project of suddenly growing rich; for industry and patience are the surest means of plenty.” Franklin was not an overnight success. Early on, he lived a Spartan lifestyle and was far more industrious than his competitors.

Time is money. Franklin made that phrase widely known.He knew that wisely using one’s time was essential to building one’s wealth and that the more wealth you acquired, the more of your passions you would be free to enjoy. Franklin attained financial independence at age 42-retiring from his printing business to do whatever he wished.

Accumulation of money is a means to an end. Someone only superficially familiar with Franklin’s biography and his writings, might think him to be a rather prudish, penny-pincher who thought only of money. Not so. For Franklin, the pursuit of wealth was simply a means to an end. Franklin’s goal was “leisure to read, study, make experiments, and converse at large with such ingenious and worthy people, as are pleased to honor me with their friendship and acquaintance, on such points as may produce something for the common benefit of mankind.” For Franklin, gaining wealth and virtue was not to live a life of luxury (though he did when he was older) but to “allow oneself to grow into the kind of person who had the character, wisdom and time to become an involved and upright citizen, able to serve others.”

Yes, Franklin’s timeless wisdom still is appropriate today, particularly for young people determining their career and life paths. Our oldest grandchild, Jackson, started college this week. I hope you and he enjoy this blog. It is dedicated to him.