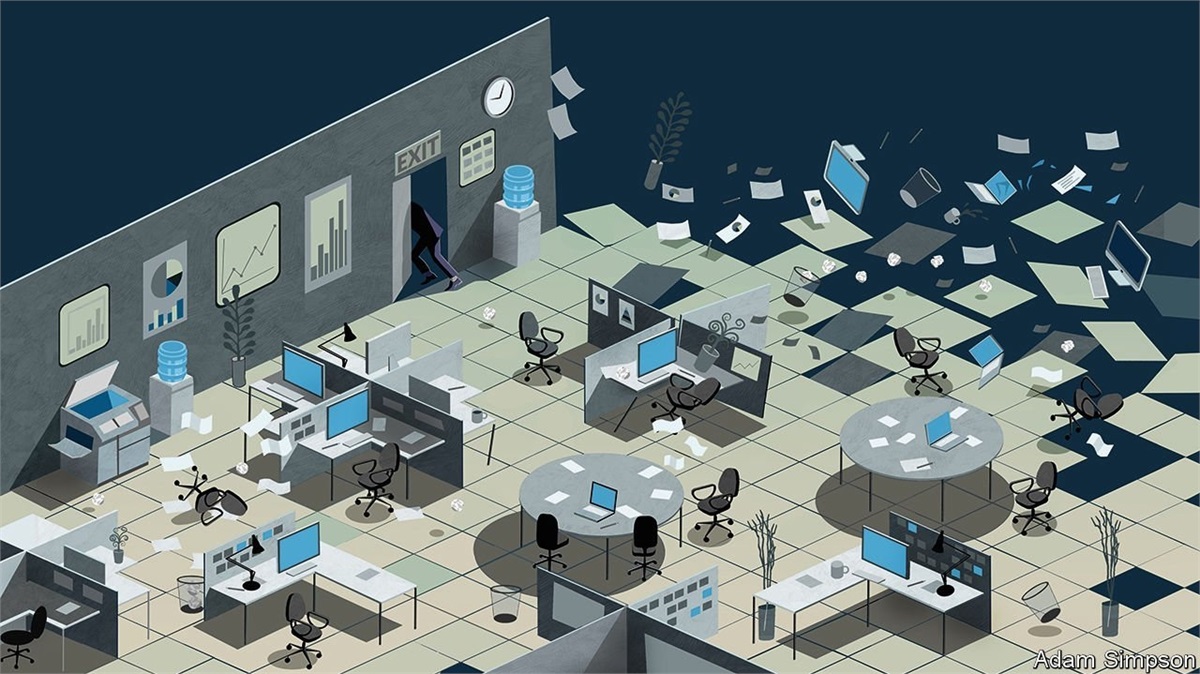 Berkshire Hathaway held their annual meeting on Saturday- via live stream from an empty arena. For the event, Warren Buffet put on a tie for the first time in seven weeks. During the four hours of the presentation, Mr. Buffet questioned the need for office space and predicted a significant change in the supply and demand.

This week, the Economist’s Catherine Nixey put it more bluntly in her article titled “Death of the Office.” Even before the coronavirus hit, office space use was changing. A combination of the digital revolution, increasing rents and increased demand for more flexibility had resulted in over half of the U.S. workforce working remotely, at least some of the time. Across the globe, working from home (“WFH”) has been increasing as well. Now, COVID-19 has dramatically accelerated the trend.

Ms. Nixey believes the first large push into offices was started by the East India Company (founded in 1600 and dissolved in 1874). Their offices, inside of buildings featuring Palladian pillars and marble steps, were not simply to get work done, but also to demonstrate East India’s profitability, strength and efficiency. Large organizations, like East India and governments, required a lot of “paper to be pushed” and managing proved easiest when all the workers were in one spot. The Industrial Revolution (1760-1830) produced an explosion in business and a huge increase in demand for office workers. New steam team trains brought needed office workers into the city to sit behind desks to fill the growing needs of the developing professions of finance, law and retail.

Mary Beard, professor classics at Cambridge, believes that the amount of time our generations have spent in offices would have been unheard of in earlier societies. Today, most of us spend more time working than at leisure. For the Romans, it was the opposite- primarily leisure and only sometimes business. Romans didn’t need to go to an office. Their tablets and styluses were very portable and the Romans were able to spend much of their time outside and never behind a desk.

Fred Taylor, who pioneered time-and-motion studies in the 1890s, determined that workers performed best when seated at lines of desks with flat tops. He is considered the father of the “open-plan office.” Fast forward 130 years, and current time-and-motion studies have found that office work not only takes up the bulk of our time, but the best part of it; when we are most alert. Furthermore, most managers have been spending at least 20 hours per week in meetings.

It’s no surprise that writers including Balzac, Dickens, Flaubert, Melville and Kafka have satirized the office and office workers. T. S. Eliot, who once worked in a bank, saw of the crowds of commuters crossing London Bridge similar to Dante’s vision of hell: “I had not thought death had undone so many.” Walt Whitman sneered of clerks as men “of minute leg, chalky face and hollow chest.”

In the last few decades, to make the experience of an office worker more palatable, changes have been made. There are many different new designs-office buildings shaped like beehives, baskets, rocket ships, and fish. Inside there may be ping pong tables and other amenities; many of them brightly colored. Some companies provide free food. Designer Thomas Heatherwick suggests that the office building needs to be an inspiring “temple in which to toil, places of beauty that we can admire, even love.”

Love may be going a little far, but there are some key advantages of going to the office.

Lucy Kellaway, who wrote a newspaper column about the “absurdities” of office life, has written about the “great artificiality” we embrace when we step into an office. We become professionals. That’s not exactly how it feels at home; particularly if the children are there, you are unshaven in sweat clothes and living in chaos. Ms. Kellaway says that “putting on our business clothes and going to the office allows us to become a different person.”

The escape to the office has been out of reach for many for almost two months. Online encounters are fine and save driving time. But, it’s not the same as being together in the office. The relationships and collaborations we have in person, whether with family, team members and clients, are different than those by phone or online. Yes, humans need offices. Certainly, there will be changes in how companies use offices, but working from home, for many, is not feeling quite as great as they thought it might be.

The situation reminds us of Mark Twain. When asked by a reporter about his obituary which was mistakenly reported in a newspaper, Mr. Twain quipped: “The reports of my death are greatly exaggerated.” No one can predict the future, yet it seems that while office space and use will continue to change, offices will not become extinct any time soon.