Ask DWM: Should I Consider Investing in Marijuana? 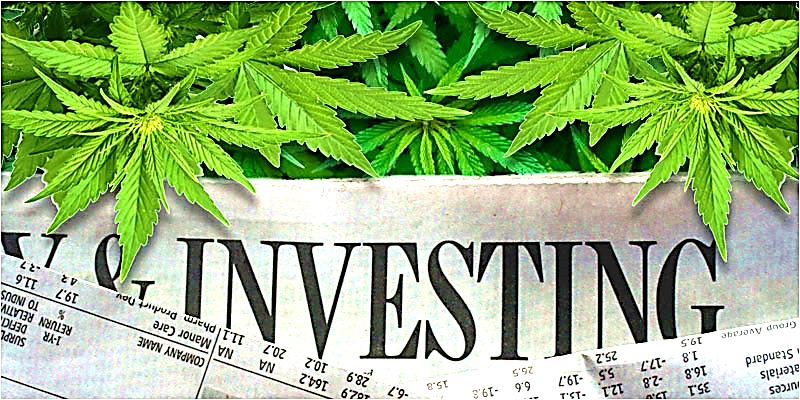 In 1996, California became the first state to legalize the use of medical marijuana. This began, for many, the first opportunity to legally invest in this industry. In 2012, both Colorado and Washington State legalized the use of recreational marijuana. Both events were monumental for the development of marijuana investments but, arguably, the most momentous day in marijuana investments occurred on October 17th, 2018 with the legalization of recreational marijuana in Canada. In June of 2018, Canada voted "yes" to legalization and became the first major country to do so. Interest in these investments have soared ever since.

Cannabidiol ("CBD") is one of the major attractions in this story. CBD is a cannabis compound used primarily for medical purposes. CBD has been proven to provide benefits for pain management, sleep aid, and stress. The primary difference between marijuana and CBD is its lack of hallucinogenic properties. CBD does not contain tetrahydrocannabinol ("THC"), the main hallucinogenic property found in marijuana. CBD is currently legal in all 50 states. As of February 2019, marijuana has been legalized in over 30 US states for medical purposes and ten, including Washington D.C., have approved it for recreational use.

Spending in the legal marijuana industry is expected to surge from $8.5 billion in 2017 to over $23 billion in 2022. As a side note and for comparison purposes, illegal sales of pot represented 87% of all North American sales and over $46 billion in 2016 according to Arcview Market Research. Hard to not get excited about those growth figures! Further, in a sign of credibility to the industry, major investments from some of the world’s largest beverage makers including Coca-Cola and Corona brewer Constellation Brands have created even more hype and have sent some pot stocks soaring. It’s not just Wall Street taking notice, but ordinary people are wondering if they should get in on the craze.

But just like Bitcoin & other cryptocurrencies, this upstart legal cannabis industry has many red flags and may lead to some scary results.

First off, “FOMO” or the Fear Of Missing Out is no reason to plow good money into a speculative area. It is prudent to do some serious research before dipping into the waters of an industry that faces many legal, regulatory and other hurdles. Further, beware of fraudsters on the internet claiming “this pot stock is the next big thing!” Investing in cannabis is like the wild, wild west and similar to the dot.com mania of the 90s with tons of extreme volatility and broken promises.

More specifically, there are a variety of risks associated with investing in this area. Marijuana is still not legal at the Federal level, which makes banking for marijuana companies within the US difficult and future issues uncertain. Second, most marijuana companies are considered “start-ups” where company revenues are low or nil, and they may be running at a loss. In addition to this, overall investments in marijuana continue to remain small, albeit growing, in comparison to developed industries. For example, the ETFMG Alternative Harvest ETF (symbol: MJ), one of the largest marijuana funds available, holds just $1 billion in capital. Lastly, with only a handful of well-known “reputable” companies in this area, don’t get burned by loading up in just one or two names and thus becoming subjected to company-specific risk.

If you are still interested in investing in marijuana, there are a few considerations to keep in mind. As a general rule, you should not allocate more than a couple percent of your total investment portfolio to one company name. Further, prudent portfolio management suggests to limit your overall exposure to a speculative area like this to no more than 5% of your total investable assets. Avoid concentrated company-specific risk and diversify. A diversified mutual fund or ETF like the ETFMG Alternative Harvest ETF (symbol: MJ) mentioned above is a great choice for those that aren’t good at research but “have to get in”…

At the end of the day, investments in marijuana should be considered widely speculative and highly susceptible to losses. Volatility in both specific companies and funds have been extremely high since their inception. Investments in these areas should be considered more like taking your money to Las Vegas. It’s a gamble and you could potentially lose your entire investment.

At DWM we consider ourselves to be financial advocates for our clients and we love being a part of all of our client’s financial decisions. Questions such as investments in marijuana have been a reoccurring theme as of late, eerily similar to those in 2017 about Bitcoin and we know what happened there….In other words, if you are still interested in this area, PROCEED WITH CAUTION!!!