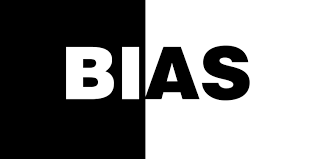 In a perfect world, we would all make optimal decisions that would provide us with the greatest value and satisfaction. In economics, the rational choice theory states that when you are presented with options, you would choose that which maximizes your personal satisfaction. This theory assumes that you make your decision by weighing the costs and benefits, without emotion and external factors. If it were only that simple.

Enter behavioral economics. It draws on psychology and economics to try to explain why people sometimes make irrational decisions, i.e. not following predictions of economic models based on a consistently rational, self-interested, and “utility” maximizing approach? Psychology explains this deviation of behavior from what is expected rationally to be caused by “biases.” Common examples of biases include:

Koen Smets’s recent article in the Behavioral Scientist “There is More to Behavioral Economics than Biases and Fallacies” defines behavioral economics as the field that confronts us with our deeply potentially irrational selves. “We are bamboozled by biases, fooled by fallacies, entrapped by errors, hoodwinked by heuristics, deluded by illusions.” Ouch.

This brings to mind Ebenezer Scrooge’s question of the Ghost of Christmas Future: “Are these signs of things that will happen or may happen?” Perfect question, Ebenezer. Actually, there is a widespread misconception that biases explain or even produce behavior. Biases merely describe behavior that may or may not be followed. They are simply labels for an observed behavior that contradicts traditional economics’ simplified “rational” expectations.

The conversation about biases is generally negative: they interfere with our decision making or undermine our health, wealth and happiness. For example, consider loss aversion. Ten of thousands of years ago, humans were more concerned about losing a week’s food supply than gaining an extra week’s. Today, an individual might never invest their cash because of a fear of losing money and have the purchasing power of their funds decreased by inflation. This loss aversion is part of our evolutionary DNA, but that doesn’t mean that we have to exhibit that behavior.

Biases are tendencies that are not uniformly shared or employed. Mr. Smet describes human behavior as “fluid and fuzzy.” These days, speed and simplification are keys and behavior based on biases is increasing. Knowing that people are taking shortcuts, marketing has really stepped up its game.

“Heuristics” are really becoming huge. They are the various techniques we use to solve problems, learn or discover by using shortcuts. Persuasion heuristics save us time and effort in making many of the hundreds of decisions we are confronted with each day. Robert Cialdini, author of “Persuasion and Marketing” and political consultant, offers six key principles to persuading (or perhaps hoodwinking) a consumer using heuristics:

We know biases exist. Some of them are in our DNA; some we learn over time. At the same time, people and companies are aware of these potential biases as they are marketing their products, services, or suggestions. Certainly, for many small decisions we need to make every day, there is no problem with taking a shortcut and even employing a bias.

However, when it comes to really important decisions, such as your wealth and happiness, it’s time to step up your game and move from fluid and fuzzy to rational. These very important decisions generally take more time and require more due diligence.  You need to make sure you thoroughly and objectively understand and investigate choices and understand the likely risks and rewards of each. To keep yourself “bias-free” at these times, you may benefit from having the expertise, skill and objectivity of a wealth manager like DWM who works with these important matters every day. There’s a time for fluid and fuzzy and a time for rationality. We’re here to help you when it’s time for rationality. Give us a call.