Computers and Technology - A Current Potpourri 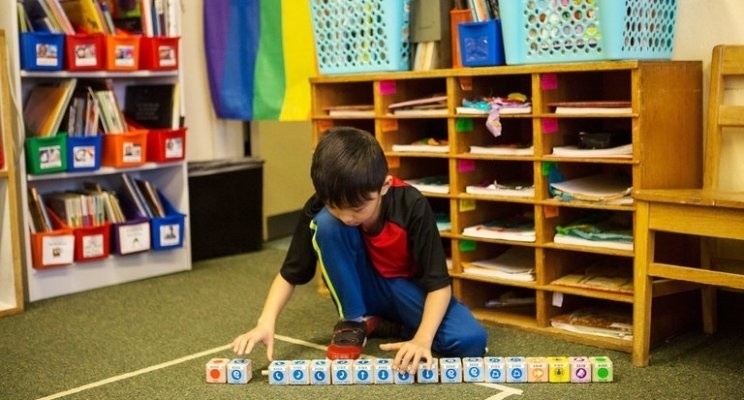 Gary Kasparov has always interested me. Born in the Soviet Union, he was a world champion chess player from 1985-2005. He has long been a vocal activist opposing Putin’s policies. Today Mr. Kasparov is the chairman of the Human Rights Foundation in NY. But perhaps he is best remembered for what happened on May 11, 1997. That day he “resigned” and became the first world chess champion to be beaten by a machine-IBM’s Deep Blue.

Newsweek’s cover article the next week called the match “The Brain’s Last Stand.” As no surprise, Mr. Kasparov hated losing, but over the last twenty years, after learning more, he became convinced that we need to stop “seeing intelligent machines as our rivals.” They are not a threat, but help provide great opportunities to extend our capabilities and improve our lives.

While most of us won’t face head-to-head competition with a computer the way Mr. Kasparov did, many Americans will be challenged, surpassed and replaced by automation. Every profession will eventually feel the pressure and that’s what we should expect as humanity makes progress. We shouldn’t fight it. Here’s Mr. Kasparov’s analogy: “Waxing nostalgic about jobs lost to technology is little better than complaining that antibiotics put too many gravediggers out of work.”

The human vs. machine narrative was a major topic during the Industrial Revolution. In the 60s and 70s, robots starting replacing union workers and then in the 80s and 90s the information revolution eliminated millions of jobs in the service and support industries. There is no going back.

President Obama’s “Computer Science for All” initiative was launched in 2016 and focuses on expanding computer science knowledge by learning how to code. Kindergarten students are now learning using wooden blocks. The blocks have bar codes with the instructions such as “forward,” “spin” and “shake” that are used to program robots. By sequencing the blocks and having the robot scan in information, the children are directing the actions of the robot. Studies show that after the kids have learned to program the robots, they become better at sequencing picture stories, or even listing the steps required to brush their teeth.

The job market is hungry for coders. Since 2011, computer science majors have doubled. At Stanford, Tufts and Princeton, it’s the most popular major. And, even non-majors are cramming into computer science classes. Learning to think like a computer can help all of us in our daily lives. In addition, the digital age has brought us great access to information.

You may remember Steve Ballmer as Bill Gates’s right hand man and CEO at Microsoft from 2000-2014. Or as the high bidder ($2 billion) of the LA Clippers basketball team in 2014.  A few years ago, he started a website, USAFacts.org designed to answer in detail the question: “What does government do with all the money we taxpayers send it?” He wanted to create a fully integrated look at revenue and spending across federal, state and local governments. The site, USAFacts.org, went live yesterday.

In an age of fake news and accusations about manipulating data to fit biases, Mr. Ballmer’s website is a welcome resource. Certainly, people can come to different opinions on the same subject, but shouldn’t they at least start with the same believable common data? USAFacts.org was designed to do that.

There is lots of interesting data from 70 government sources. Want to know how much revenue is brought in from parking tickets? And what percentage of Americans suffer from depression? It’s there. Here’s a good one: how many people do you think work for government in the U.S.? Remember, this includes those in education, the military, law enforcement, government hospitals, etc. Answer: 24 million. Take a look. You’ll like it.

Lastly, many over the age of 70 think that they were born too late to be part of the computer/tech revolution. Someone forgot to tell that to 94-year-old John Goodenough. Mr. Goodenough’s team at the University of Texas has just filed a patent application for a new battery that would be so cheap, lightweight, and safe it would revolutionize electric cars and put an end to petroleum-fueled vehicles. This is not Mr. Goodenough’s first major patent. In 1980, at age 57, he co-invented the tiny lithium-ion battery.

As a society, we often tend to assume creativity declines with age. Yet, some people actually become more creative as they grow older. In the U.S., the highest-value patents often come from inventors over the age of 55. Mr. Goodenough figures it this way: “You have to draw on a fair amount of experience in order to put ideas together.” He also said that his old age gave him intellectual freedom. At 94, he said, “You no longer worry about keeping your job.”

For those of us of all ages, computers and technology should be our friends, not our enemies. With the information it provides and our continued learning and lifetime experiences, hopefully we will all benefit from the great digital age in which we live. Here at DWM, we embrace technology and strive to make our processes as automated, robust and efficient as possible. However, we recognize that some of the most important aspects of our work are accomplished through personal interactions with our clients and friends. Don’t worry-we have no plans to have one of Deep Blue’s cousins doing that favorite part of our job for us.