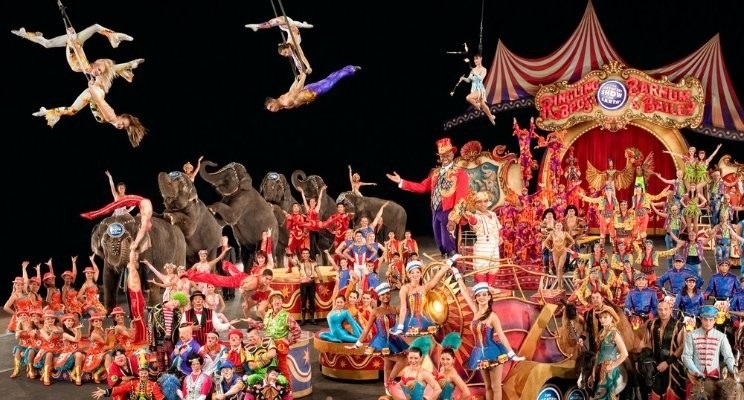 Did you know that after 146 years, the Ringling Bros and Barnum & Bailey Circus is shutting down? No worries. It seems our friends in Washington are taking it over as it has been a circus-like atmosphere filled with noise for the last few months. Ironically, for the market, it’s been just the opposite, with 1Q17 going down on record as one of the “quietest” quarters in the last 30 years, as represented by the S&P500 posting an average daily move of just 0.32%. But even though the stock market was calm, that does not mean it didn’t produce. Because it did, with the three major asset classes - equities, fixed income, and alternatives - all up.

What’s interesting is that it was not a continuation of the “Trump trade” that has powered the recent advance. After the November election, shares of financials and smaller US stocks jumped based on hopes that looser regulations and tax cuts would benefit banks and more domestically oriented companies. However, so far the Trump administration has not lived up to the campaign hype. The failure of the Republicans' health-care bill has led investors to question if this administration can push anything through, including any significant shift in U.S. trade policy. That has led to a sector rotation within the equity asset class. Things that were strong post-election like financials and small caps are being sold for US multinationals, particularly those in the trade-sensitive technology sector, and emerging markets. This shows in the following results:

Fixed Income: The Fed lifted rates during the first quarter based upon promising US economic forecasts. The personal consumption expenditures price index, which is the Fed’s preferred inflation gauge, ticked in at over 2% for the first time in over five years. It wasn’t too long ago that people were worried about deflation, so this achievement is very good news. The Barclays US Aggregate Bond Index gained 0.8% in the first quarter. The Barclays Global Aggregate Bond Index enjoyed slightly better returns, +1.8%, thanks to stronger results overseas. Again, emerging markets was the place to be, up 4.2% as represented by the PowerShares Global Emerging Mkts Sovereign Debt ETF.

Alternatives: The Credit Suisse Liquid Alternative Beta Index was just above break-even, +0.1%. The handful of liquid alternatives (which could be an alternative asset or strategy) that DWM follows fared better. Alternative assets like gold*** surged 8.4% and MLPs**** advanced 2.6%. An alternative strategy like the RiverNorth DoubleLine Strategic Income Fund, which takes positions in the inefficient closed-end space, registered a 1.4% return. The only real losing alternative category we follow were managed futures funds (an example of alternative strategy), like the AQR Managed Futures Fund which lost 1.0%. These funds struggled from the rotation change mentioned above. It should be noted that these type of funds exhibit extremely low correlation to other assets and can provide huge protection in down times.

Put it together and it was a very handsome start to 2017 for most balanced investors.

Looking forward, we are encouraged as we believe economic growth will continue to advance not only in the US but also globally. Consumer and business owner sentiment is very strong. American factory activity has expanded significantly in recent months.

I’ve written a lot of these quarterly market commentaries and I cannot remember one so consumed with political policy. There’s a lot of uncertainly right now. But what is certain is that we live in some interesting times. Every day brings a new headline, and a lot of them are political. So far, the market has worked through it handsomely. Let’s hope our strong economic outlook continues to offset any ugliness coming out of the Barnum & Bailey Circus…err, I mean, Washington.

*represented by the Russell 2000 Index