Economic Effects of the Olympic Games 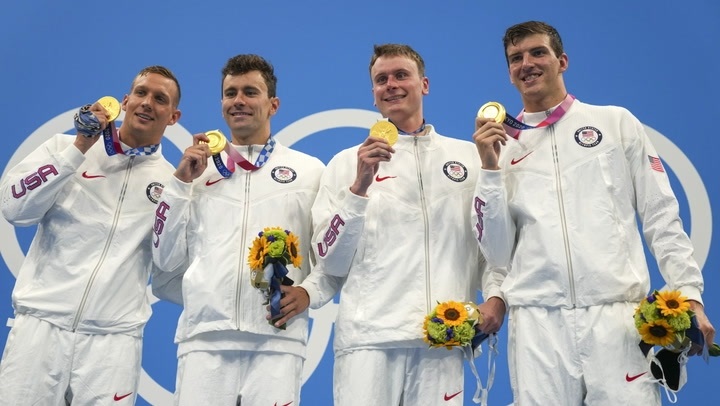 The 2020(1) Tokyo Olympic Games wrapped up Sunday night, and the United States of America won the overall country medal count with 113, and overall gold medal count with 39. China, our fiercest competitor, came in 2nd with 88 total medals, and only 1 below us in gold. The USA Olympic team broke records left and right; Allyson Felix became the most decorated woman in track & field history, Caeleb Dressel broke two new swimming records (one of his own previous), and Simone Biles is now tied for the most overall titles by a U.S. Gymnast. The Olympic Games bring a sense of unity among the world and immense patriotic pride, but the question is, what are the economic effects of the Olympic Games?

What are the benefits of hosting the Olympic Games?

Hosting the Olympic Games is an opportunity that comes very rarely, but is a prideful one at that, as it puts a country in the spotlight for 4 years at a time! Thousands of sponsors, media, athletes, and more will visit a host city the year of the Olympics, to see the arena, villages, and merchandise, which brings in a lot of tourists and additional revenue. Profit of the Games comes mostly from these tourists, and television rights to broadcast the games. The last three Summer Games have made over $3 Billion from television broadcasting rights. Hosting cities gain tens of thousands of temporary jobs, boosting the economy in preparation, as roads, housing, hotels, subways, rail lines and arena need to be created or renovated. For example, Rio constructed 15,000 new hotel rooms to accommodate tourists, and Beijing spent created thousands of jobs in environmental clean-up to prepare. The improvements and renovations continue to benefit the cities for years to come!

What are the drawbacks of hosting the Olympic Games?

There are many costs associated with hosting the Olympics. For starters, countries send bids to The International Olympic Committee averaging from $50-100 million, in hopes of being chosen. Tokyo lost $150 million on its bid for the 2016 Olympics, but was successful in submitting $75 million for the 2020 Olympics. Therefore, countries can lose money without even receiving the opportunity to host. The income or loss from the Games has historically not exceeded the total expenses. The Rio Olympics cost a total of $13 billion, and only $11 billion in revenue was made, creating a $2 billion loss. The London Olympics had a $6 billion dollar loss and the Athens Games had a $14 billion loss. Over time, 1 in 5 Olympic Games are profitable. It takes various ways to make up the lost money, but the loss can be turned into a debt that tax payers are stuck with. It was 2006 before Montreal paid off their 1976 games, and Russian taxpayers still pay a total of $1 billion dollars a year for the 2014 Sochi Winter Games.

How do the Games affect the Olympians?

The athletes that participate in the Olympic Games have years of sacrifices, blood, sweat and tears behind them, as only 100 athletes per country attend. All fighting for one goal, training can be taxing on all athletes’ mental and physical health. Some even feel mentally depressed after the games, regardless of the outcome, as the goal that was years in the making, has finally reached an endpoint. From a financial standpoint, everything leading up to the Olympics; all training, travel, gear, etc. expenses are covered by the athlete. Once they make the Olympic Team, the travel is paid for, but no profit is made until an athlete medals or gets sponsorships. For every gold medal, the Olympian makes $37,500, silver $22,500, and $15,000 for bronze. In 2016, President Obama signed a law stating Olympians no longer had to pay a ‘victory tax’ on earnings, averagely ranging from $9-14,000, as these athletes were honoring our country. Looks like the 2020 athletes lucked out as well!

The Olympic Games is a worldwide event that billions look forward to every 2-4 years, bringing unity on Earth. There are benefits and drawbacks, but we will always be proud of our USA athletes doing their best to represent us. Who knows, as time goes on, maybe the Olympics can bring more benefits to our economy!