Is it Time for the Game to Stop? 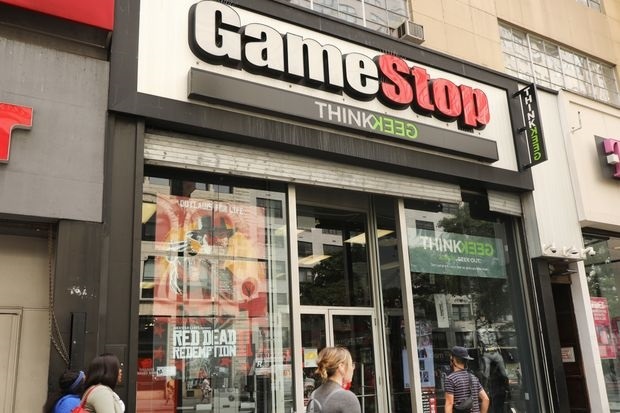 A market frenzy has pushed the shares of a 1980's video game retailer, GameStop ticker symbol: GME, up more than 1,700% in just a few months. Like buying a mega millions lottery ticket for a chance to win a pot that reached close to a billion dollars earlier this week, many are trying to seize the opportunity to "get rich quick" by purchasing seemingly weak securities to achieve quick returns all while "sticking it" to the big guys who have bet on the potential demise of struggling companies.

The premise of shorting an investment has been around for a long time. Traders were shorting as long ago as the 1600s, including during the tulip bubble. (For background, the Dutch tulip bubble occurred in Holland during the early to mid-1600s when speculation drove the value of tulip bulbs to extremes.) Short selling stocks — as opposed to, say, tulips — is particularly difficult because markets have a long-term track record of moving up rather than down. Short-sellers, primarily hedge funds trying to cushion their investments against falling stock prices, borrow shares, sell them, buy them back at a lower price, and profit from the difference — unless the stock rises.

GameStop is not selling more games. The video game retailer had been losing money for years and likely still is in 2021. According to the Wall Street Journal, in 2016, the retailer had $9.4 billion in sales. That dropped to $8.3 billion by 2019 and fell significantly to $6.5 billion in 2020, thanks in large part to the pandemic. As a result of GameStop’s downturn, hedge funds have basically placed big bets against them; banking on their stock going down.

Flash forward to this week, 1/25/2021, and we are currently witnessing a small example of David versus Goliath. It appears the momentum of this week's trading craze started from the popular social media platform, Reddit, as a way to empower smaller individual investors and incentivize the purchase of GameStop. As the price of GameStop continued to rise through end-of-day trading Wednesday, many large hedge funds had already forfeited their short positions and experienced billions of dollars in losses. In the trading world, this is often referred to as a "squeeze." However, it is hard to say who the real winner here is because who knows what tomorrow may hold for the price of GameStop.

Is GameStop a bubble?

A bubble, in the investment world, is when investment vehicles dramatically rise in price over a short period that is not supported by fundamentals. As we reviewed earlier, GameStop fundamentals have been declining for years. Ultimately, the markets should come to realize this. If it looks like a bubble and floats like a bubble, then it most likely is a bubble. Those investors who do not want to take on extreme risk would do well to avoid potential short-term bubbles such as GameStop.

Is the Market Still Efficient?

The Efficient Market Hypothesis (EMH) essentially says that all known information about investment securities is already factored into the prices of those securities and that it is impossible to beat the market or achieve above-average returns on a sustainable basis. On a long-term basis this tends to hold. A very small stock trading out of line for a week or two doesn’t contradict the idea that markets are generally efficient. As a reminder, according to the Wall Street Journal, even at its current lofty valuation, GameStop is only around 0.1% of the size of the S&P 500 and is not included in the S&P 500.  If we are still seeing outperformance to the extremes that we are now, on a larger scale, and through 2025, then we may have an alternative argument to EMH, but this is highly doubtful.

In conclusion, at DWM, we believe in a well-diversified investment portfolio for the long-term investor. Speculation and short-term anomalies, such as GameStop, are a glorified form of gambling. Further, prudent portfolio management suggests limiting your overall exposure to a speculative area like this to no more than 5% of your total investable assets. Avoid concentrated company-specific risk and diversify. At DWM, we are focused on protecting and growing our client's assets for long-term success. "Knowledge is king." As we have mentioned before, we are encouraged by the growing interest in investing as a whole, however, newer investors should be aware that there is no such thing as a free lunch.