Is Our World Really a Bad Place? 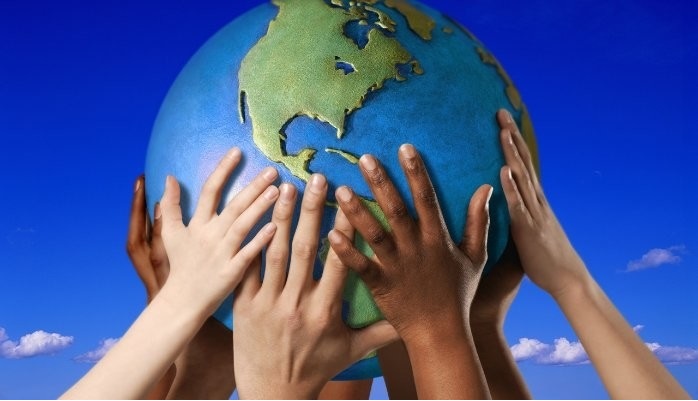 Aren’t you glad the contentious presidential debates are now over?   Do you feel like the only things reported are politicians bashing each other and other terrible and depressing events?  Wondering what this world is coming to? Sick of the negativity?  Yes, we are too.

The problem is that “big data,” the media and politicians all know the “secret.”  Our brains are hard-wired to react strongly to negative impulses.  Not surprising, from the dawn of human history, survival depended on our skill at staying away from danger.  To ignore bad news could be dangerous and/or fatal.
That’s why political smear campaigns work better than positive ones.  Nastiness just makes a bigger impact on our brains.  Hence important political issues take a back seat to allegations of candidates being “crooked” or “womanizers.”

Researchers Marc Trussler and Stuart Soroka ran an experiment at McGill University in Canada focused on the kind of political news people really prefer to read.  Even though, when asked, participants said they wanted good news stories, in a controlled experiment they generally chose stories with a negative tone- corruptions, set-backs, and hypocrisy rather than neutral or positive stories.  We are all unfortunately naturally attracted to negative content.
This phenomenon is more solid evidence of our “negativity bias”, which is the psychologists’ term for our desire to hear and remember bad news.  Is it any surprise that the media and politicians know this and focus their content accordingly?

So, think of a typical evening newscast.  Out of 30 minutes, there are 28 minutes filled with stories of political accusations, tragic events around the world, reports of threatening diseases and commercials designed to suggest we can’t live without their product or service. And, at the end, two minutes of a heart-warming, human interest story.  So, basically 90% disturbing stories and 10% of what most of the world is really like.  Is it any surprise that we start to think the world is a bad place?
Let’s look at the facts.  There are 7 billion people on earth.  How many do you think are threats to the rest of us?  Let’s include the world’s worst politicians, terrorists, violent criminals, corrupt corporate officers and downright evil people.  Let’s say there are 7 million of these threats to society.  That’s less than 1/10 of one percent.  In other words, 99.9% of the people in the world are likely decent human beings or at least not a threat to others.

Mahatma Gandhi summed it up this way:  “You must not lose faith in humanity.  Humanity is an ocean; if a few drops of the ocean are dirty, the ocean does not become dirty.”

I am sure we all cannot wait to have November 8th and our presidential election behind us.  Regardless of your political feelings, we must all agree that this “dirt” that both parties have been throwing into our “ocean” is sickening.  Let’s hope both parties give us better choices in the future.  For now, we might all benefit by just turning off the news sometimes and instead identifying and celebrating positive, even if small, observations in our daily lives.  And, then taking the time to provide positive communication, smiles and interaction with our loved ones, friends, associates and even those we pass on the street. The world is not a bad place.  Our ocean of humanity is not dirty.  Let’s all just do our part to keep it clean.