It's Summertime! Let's Talk Baseball: It's More Than Just a Game! 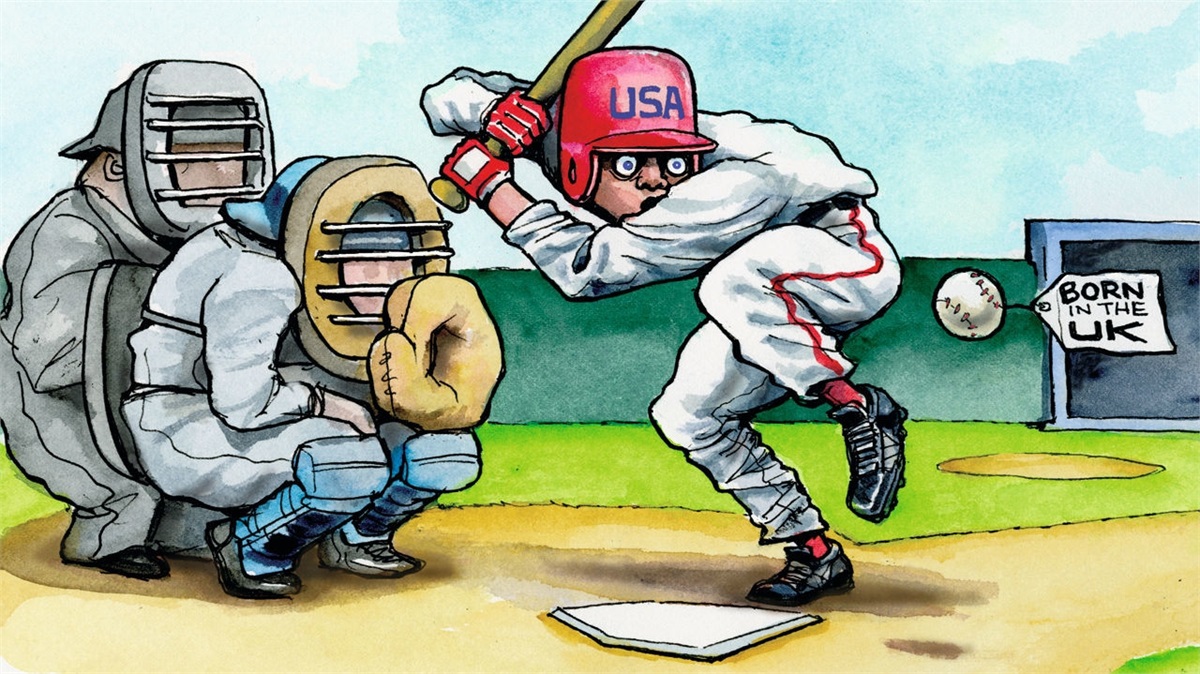 First, full disclosure. I love baseball. I was born 2 blocks from Wrigley Field and walked to Cub games alone when I was 7 and sat in the bleachers. As a lifetime Cub fan it’s a mixed blessing- a life of both affection and affliction. Happily, the Cubs are having another good year and the White Sox are resurging. Baseball is a fun game for sure, but it’s more than just a game. This week’s Economist’s article “Baseball and Exceptionalism” examines how our national pastime reflects America’s desire to be different and successful.

You may have heard that a young man named Abner Doubleday invented baseball in 1839 in Cooperstown, New York. Doubleday later was credited with firing the first shot for the Union at Ft. Sumter and became a Civil War hero.

Actually, that story is untrue. Doubleday was at West Point in 1839 and he never claimed to have anything to do with baseball. The Doubleday myth was created by A.J. Spalding, a sporting goods magnate. In the 1930s the National Baseball Hall of Fame was established in Cooperstown. However, if you visit Cooperstown today, you’ll see a plaque admitting that the Doubleday myth is untrue.

The real history of baseball, like many things, is more complicated than that. References to games resembling baseball in the United States date back to the American Revolution. Its most direct ancestors appear to be two English games; cricket and rounders. However, American promoters in the 19th century, including Mr. Spalding, saw political and commercial profits to be gained from promoting a uniquely American game that was both different and exceptional. Actually, no surprise, American baseball teams raided cricket clubs (Philadelphia for example had 100 such clubs) for players, while the great American poet Walt Whitman proclaimed “Baseball is our game- the American game.”

Anglophobia, stirred by Britain’s trade with the Confederacy during the Civil War, pushed the issue. Alarmed by the persistent claim that baseball was invented by the English, Spalding bankrolled a commission, fueled by “patriotism and research” to produce a better explanation. The Doubleday myth was the result.

For Spalding and many Americans then and now, baseball was (and is) more than just a game. It reflects the triumphs, defeats and tensions of our nation. American baseball is the story of our country over the last 150 years. A common endeavor, yet with periodic problems and disputes between communities, owners and workers, and cultures. Mexicans, Irish, Jewish and African Americans saw baseball as a point of entry to American culture. Author Philip Roth called baseball “this game that I loved with all my heart, not simply for the fun of playing it…but for the mythic and aesthetic dimension it could give to a boy’s life in participating in a core part of America.”

The Economist makes three very good points about Americans creating, and in many cases still believing, the untrue Doubleday myth about our national pastime. First, America is often less exceptional- because, like baseball, it is more of a “European- accented hybrid”- than it considers itself to be. Second, there are costs to self-deception such as isolation in sport and otherwise. For example, right now 2 billion people are avidly watching the Cricket World Cup while baseball remains basically an American game. Third, our country’s belief in our exceptionalism may be at the core of our achievements. Believing you are different and exceptional increases your confidence and that can produce greater success.

Henry Ford is known not only for his fantastic success with his automobile empire but also for his great quotes. I really like this one: “Whether you think you can, or you think you can’t- you’re right.” Henry Ford inspired Americans to be more confident-exceptional and different- and therefore more successful. Spalding’s myth about Abner Doubleday inventing baseball isn’t true, but certainly has helped Americans believe that we are exceptional and different and this had helped lead to many of our successes.

And, now, “Take Me Out to the Ballgame.”