Midterm Elections 2022-Too Close to Call- Impact on Markets? 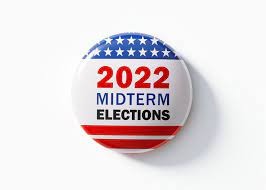 The final results of the midterms may not be known for weeks and may even extend to a Senate run-off election in Georgia on December 6th, 4 weeks away.  Even so, it’s valuable now to look at historical results before and after midterms and discuss the potential impact of the final composition of the 2023 Congress on the economy and the markets.

In the last 80 years, the S&P 500 has moved higher in almost every one-year period following the midterm elections since 1942.  This has occurred both at times when the markets were going up and at times, like now, when markets have been down. Generally, Americans vote for change at the midterms.  Using Bloomberg data since 1962, we see that the average midterm election reduced the number of House seats by 23 of the President’s party and 3 senators in the President’s party.  In 2010, Barack Obama lost 63 House seats and 6 Senate spots. In 2018, Donald Trump lost 40 House seats and gained 2 Senators.

Let’s look at some of the factors that may have produced this performance in the past:

With the likelihood, when all the midterm votes have been counted, that the memberships in the House and Senate are fairly evenly split between the two major parties, it seems unlikely that either party is going to be able to make major changes in fiscal policy.  Again, fiscal policy uses changes in taxes and government spending to influence a country’s economy.  As CNN pointed out Tuesday morning, the economic outlook and corporate profits will ultimately impact portfolios more than the exact number of seats in a fairly evenly divided Congress.

The Fed is the big player right now- their monetary policy is much more important than fiscal policy.  Inflation is still high, even after increases of 4% in the fed funds rate so far in 2022.  The Fed’s program is designed to slow the pace of economic growth and ultimately stem the tide of inflation.  Despite the Fed’s effort to reduce economic growth, consumer and corporate balance sheets remain strong and unemployment low.   Of course, there is a lag between the Fed’s actions and the level of inflation.  We’re starting to see the impact coming through in housing (mortgage applications have declined for the seventh week) and other areas. Yes, there may be a recession during this process and that likelihood is already “baked” into the markets.

We’re looking forward to this week’s inflation report as well as the Fed’s December 13-14 meeting. While the midterm elections are of interest to all Americans, they likely will have only a small impact on the economy.  As Brett pointed out in ﻿our DWM Market Commentary last month, "the market is forward looking." Expectations for the economy, inflation and corporate profits ultimately impact market returns more than the exact number of seats in Congress held by each party. The stock market always starts rising based on expectations.  One cannot wait for the economic data to go positive or “things feel better” to get invested because the market has already moved back up before then and you will have missed it.  The market inevitably recovers and eclipses its former peak.

Conclusion:  If you’ve been waiting for the results of the midterm elections to meet with your total wealth manager, its time to have the meeting, even if final numbers are not yet in.  Review the investment environment, your portfolio and your risk profile with DWM or others.  If you are not already fully invested, consider doing so before all the economic data go positive or things feel 100% better.  That’s what prudent investors do.