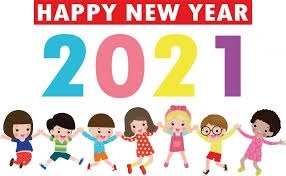 Happy New Year. The ancient Romans, obviously after too much partying in December, dedicated the first month in the New Year to Janus and promised this two-faced god to do better. 2,000 years later, we continue this pagan rite.  According to Pew Research, roughly 50% of Americans make their own New Year’s resolutions. The most common ones are fairly predictable: financial matters, like saving more money or paying down debt (51%), eating healthier (51%), exercising more (50%), and losing weight (42%).

There is no shortage of suggestions for resolutions. LIfehack.org, which calls itself the “University of Life,” has 50 possible items on its list. Making resolutions are easy, keeping them and setting the right goals are the tough parts.

Most resolutions are never kept.  Fewer than half (some say only 6%) of them are still in place by June. Take a look at gym memberships that spike right after New Year’s Day.  Attendance starts declining by the third week in January and, after eight months, over half of the new members have stopped going entirely.

Emily Reynolds in Research Digest outlines a number of ways to “Achieve your New Year’s Resolutions, according to Psychology.”

A slightly different perspective was provided last week by Arthur Brooks’s article in “The Atlantic, New Year’s Resolutions That Will Actually Lead to Happiness”.  Mr. Brooks believes that most resolutions fail because the resolutions chosen don’t match the true goals of greater happiness. “Failed resolutions are often attempts to gain happiness indirectly- like losing weight or exercising to become more attractive and therefore, happier. Instead, we need resolutions that bring happiness directly so the benefits immediately outweigh the costs.

Successful resolutions are the result of mostly positive actions: reinforcing the belief that one can change, rewarding oneself for ongoing success, avoiding situations of temptation and engaging in positive thinking that is envisioning success. Resolution failure is associated with negative thinking, berating oneself for slipping up, wishing that the challenge didn’t exist in the first place and minimizing the threat (denying the importance of the resolution).

We also need to ask the question: “Are these the right resolutions?” When resolutions fail, often what seemed important in the abstract really wasn’t worth the effort.  In other words, people imagine the benefits of meeting a resolution without the cost/hardship of doing so. When the costs actually present themselves, the resolutions often fail the cost-benefit test- leading the resolutions to be abandoned.

In particular, he asks us to consider two resolutions for 2021: forgiveness and gratitude. Between the pandemic, racial tensions and partisan politics, there has been a tremendous potential for unhappiness and bitterness in our lives and our country. Even before the 2016 elections, one study found that 44% of Americans were estranged from one relative and nearly 17% from someone in their immediate family.

Mr. Brooks’s answer to family conflict is a New Year’s resolution to forgive. Scholars have found clear evidence that forgiveness has direct happiness benefits: Forgiveness increases hope and self-esteem while lowering anxiety and depression. Mr. Brooks’s wife said that “refusing to forgive is clinging to something unpleasant- like holding onto garbage.”

His second suggested resolution is gratitude. Certainly we’ll be dealing with the consequences and suffering of COVID-19 for some time, yet nearly everyone has something to be grateful for. The happiness rewards of focusing on those things are enormous.  In 2003 researchers randomly asked one group of study participants to keep a short weekly list of the things they were grateful for and the other group to document hassles or simply neutral events. 10 weeks later, the first group scored significantly greater life satisfaction then the second. The “grateful cohort” also felt better physically, were more optimistic about the upcoming week, and even exercised more.

You can create your own version of this gratitude experiment very simply by writing down five things you’re grateful for. Each evening, before bedtime, study the list for five minutes.  Each week, update the list by adding two items. This is an example of a resolution that passes the cost-benefit test immediately.

We all hope that 2021 will be the year our world emerges from this pandemic; refreshed and re-invigorated. Personally, each of us has the power to improve our happiness and the happiness of those we love by making and keeping the right resolutions.  We wish the world and y’all success in improving your well-being in 2021.  Happy New Year.