NOT ALL WINNERS: TAX REFUNDS DOWN $6 BILLION FROM LAST YEAR 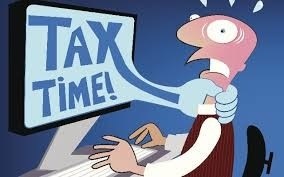 At the end of March, 2019, the Treasury had issued $6 billion less in tax refunds than the same period a year ago. The refunds still have averaged around $3,000 each and the number of returns processed is similar to last year, but there are roughly 2 million fewer refunds so far in 2019. Many taxpayers are shocked- getting smaller refunds or having to pay, when seemingly nothing has changed in their situation.

We cautioned our readers about this a year ago (March 15, 2018), in “How to Avoid a 2018 Income Tax Shock.” We pointed out the Tax Cuts and Job Act (“TJCA”) brought about a number of changes. It reduced itemized deductions, lowered tax rates, eliminated exemptions, and produced new tax withholding tables in early 2018 that reduced withholding, thereby increasing net paychecks. So, for those families who have used their annual refund as a forced saving mechanism, it was a huge disappointment this year. They received little or no refund-yet, in fact, they had already received their refund money with each enlarged paycheck which, studies show, was spent, not saved.

Wealth Management magazine reported today that “Fewer RIAs (Registered Investment Advisers) See Client Benefits From Tax Act.” Craig Hawley, head of Nationwide Advisory Solutions, authored a recent study on TCJA which indicated that “the benefits of tax reform were not as widespread as originally expected.” This is no surprise to us at DWM- we anticipated winners and losers. We didn’t expect the benefits to be widespread and they haven’t been.

Our DWM clients represent a very diversified group. We are pleased to work with clients of all ages, from teenagers and others in our Emerging Investor program to Total Wealth Management clients in their 20s to their 90s. We work with lots of folks whose primary income is W-2 income and others whose primary income comes from their businesses and still others whose income comes primarily from their investment funds and retirement programs. While we don’t prepare any tax returns, we are very involved in tax projections and tax strategy for our many families. Here is the anecdotal evidence of the 2018 impact of the TCJA we have seen:

1)For younger people, their taxes were slightly less, but their refunds were down or they had to pay.

2)Those with significant personal real estate taxes, particularly those in IL, CA and NY, in many cases paid more in income taxes than 2017 due to the fact that most of the large real estate taxes they paid were not deductible.

3)Business owners, except for those in the excluded “Specified Service Trades or Businesses” (such as doctors, lawyers, CPAs and wealth managers), did exceptionally well under TCJA. They were able to qualify for a 20% “Qualified Business Income Deduction” from their income and get lower rates as well. For example, if a business owner’s share of the profit was $1,000,000, only $800,000 of it was taxed and that was at lower rates producing tax savings of over $125,000 as compared to 2017.

5)Overall, TCJA brought winners and losers. Generally, business owners (not in service businesses) and those in the highest tax brackets saw the biggest reduction in income taxes. Certainly, benefits have not been widespread.

At DWM, we regularly prepare tax projections for our clients and encourage everyone to know, at least by the 3rd quarter, what their 2019 tax status might be. It’s really important to go through this process to avoid tax shocks and, maybe, even find some opportunities to reduce your taxes for 2019. Please contact us if you have any questions.