Old Adages Die Hard: What Worked in the Past May Not Work Today! 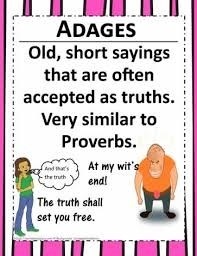 More people are renting (not buying) houses, particularly millennials. The old adage that “paying rent is foolish, own your house as soon as you can” is no longer being universally followed. Lots of reasons: cost of college education, student debt, relative cost of houses, flat wages, more flexibility and others. Today we 327 million Americans live in 124 million households, of which 64% (or 79 million) are owner-occupied and 36% (or 45 million) are renter-occupied. In 2008, homeownership hit 69% and has been declining ever since.

It’s no surprise that in the last 20 years, many students following the old adage “get a college education at any price” found it necessary to incur debt to complete college. Today over 44 million students and/or their parents owe $1.6 trillion in student debt. Among the class of 2018, 69% took out student loans with the average debt being $37,000, up $20,000 each since 2005. And here is the sad part: according to the NY Fed Reserve, 4 in 10 recent college graduates are in jobs that don’t require degrees. Ouch. In today’s changing economy, taking on “good debt” to get a degree doesn’t work for everyone, like it did 50 years ago.

At the same time, houses in many communities have increased in value greater than general inflation. Elise and I bought our first house in Arlington Heights, IL in 1970 when we were 22.  It was 1,300 sq. ft., 3 bedrooms and one bath and cost $21,000. I was making $13,000 a year as a starting CPA and Elise made $8,000 teaching. Today that same house is shown on Zillow at $315,000. That’s a 15 times increase in 50 years. At the same time, the first year salary for a CPA in public accounting is now, according to Robert Half, about $50,000-$60,000. Let’s use $60,000. That’s less than a 5x increase. Houses, on the other hand, have increased at 5.6% per year. CPA salaries have increased 3.1%. The cost of living in that 50 years went up 3.8%. Wages, even in good occupations, have lagged inflation. Our house 50 years ago represented about one times our annual income. Today the average home is over 4 times the owners’ income. That makes housing a huge cost of the family budget.

Certainly, houses can become wealth builders because of the leverage of the mortgage. If your $250,000 house appreciates 2% a year, that is a 10% or $5,000 increase on your theoretical $50,000 down payment. But what happens when real estate markets go down as they did after the 2008 financial crisis? The loss is increased. Many young people saw siblings or parents suffer a big downturn in equity 10 years ago and are not ready to jump in.

Furthermore, young people who can scrape up the down payment and recognize the long term benefits of home ownership, may not be willing to commit to one house or one location for six to seven years. With closing costs and commissions, buying, owning and selling a house in too short a period can be costly and not produce positive returns.

It’s no surprise then that the WSJ reported last week that a record number of families earning $100,000 a year or more are renting. In 2019, 19% of households with six-figure income rented their house, up from 12% in 2006. Rentals are not only apartment buildings around city centers, but also single-family houses. The big home-rental companies are betting that high earners will continue renting.

Yes, the world has changed greatly in the last 50 years and it will keep changing. When I look back, I realize we baby boomers had it awfully good. The old adages worked for us. But today, buying a house is not the “slam dunk” decision we had years ago, nor is a college degree. The personal financial playbook followed by past generations doesn’t add up for many people these days. It’s time for a new plan customized for new generations and that’s exactly what we do at DWM.