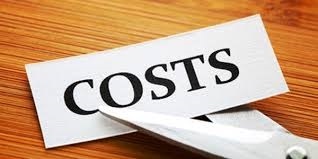 Since 1980, the cost of a higher education has skyrocketed. According to data from Business Insider, the average price for tuition, room & board, and fees a four-year college was $9,438. Today for the same in-state college the tuition number alone is $23,872. In fact, data has shown that in just the time period of 2008-2018, the cost of college has increased more than 25% according to CNBC. The data for private schools is even more staggering, with estimates averaging out to $35,830 a year in tuition, though more elite schools, such as Harvard, are floating tuitions near $52,000.

With the coronavirus continuing to wreak havoc across the United States, colleges and universities nationwide have begun experimenting with multiple different avenues of teaching students given current health guidelines. From transitioning to 100% online studies, testing on-campus students weekly, or continuing classes as normal, each college and university seems to be tackling the pandemic in a different way. For those colleges that are transferring to 100% online studies (or offering their existing programs as an alternative option for those students who aren’t comfortable living on campus), a resounding question has recurred that may have a large impact on colleges going forward: “if my child is attending college 100% online, why am I paying upwards $35,000, when they could get the same exposure from a cheap local college affording the same learning environment”?

In accordance with this question, Ivy League and large private universities have seen undergraduate enrollment fall roughly 4%, and overall 67% of higher education leaders have stated decreased revenue between loss of tuition from enrollment drops and decreased usage of on-campus housing. So how have colleges tried to stay competitive during these trying times?

As of October, “Princeton, Georgetown, and Johns Hopkins…offered a 10% discount on tuition for remote learners”, “Rider University said it will reduce its undergraduate tuition for new students by 22%”, and perhaps biggest of all: “Southern New Hampshire University said it is offering a free year for first-time freshmen on campus this fall and discounting tuition by more than 60% next year as well”. These radical paradigm shifts have caused a change from consistently rising tuition costs at rates higher than the average inflation rate, to having forced colleges to take the largest price cuts in 3 decades according to CNBC.

The results have been largely significant over their shortened time of impact as most of these announcements have come recently. Specifically, Southern New Hampshire University’s incoming fall first-year class “is now the largest in SNHU’s history by a significant margin, according to the school”.

Moving to these lowered tuition models, at least in the short-term, may have a positive effect of allowing more students who couldn’t otherwise afford these inflated university prices the opportunity to earn a degree from a prestigious college, even if it is as an online program. It is important to note, however, the methods that these committee boards are using in order to afford these college cost cuts. While larger institutions such as Princeton and John Hopkins, who have sizeable reserves of endowment money to bridge the gap between now and whenever they can bring prices back up, other universities have been required to take more drastic, and less optimistic measures. Many colleges have announced large-scale furloughs, and laid-off countless professors in attempts to make ends meet, despite the $14B in federal aid going to colleges and universities as a result of the CARES Act. Other schools have cut funding for academic programs that are key to several liberal arts programs across the country, a debate that has been ongoing long before the pandemic, and seemingly exacerbated further by the additional economic hardships caused by COVID-19.

Overall, having college costs cut down to a degree, at least in the short-term, should be a great opportunity to have more students attain a higher education. Depending on the long-term impacts of the coronavirus, however, continued educational funding cuts may cause an unstable higher education market in which colleges and universities struggle to survive, particularly if on-campus learning continues to dwindle in participation. Hopefully, we can return to normal before this issue deepens (and find a way to keep these costs low)!