Some Housing Changes in the Works 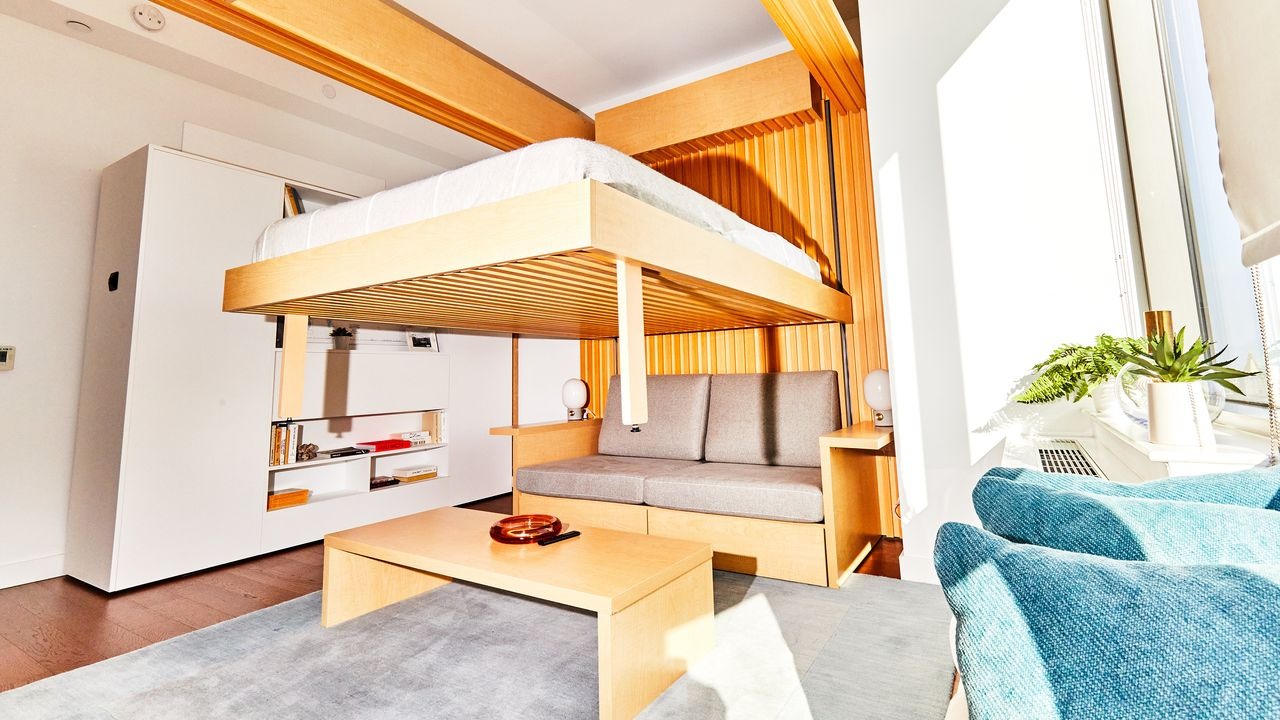 Almost 8 billion people live on our planet Earth. That’s up from 2.5 billion “just” 70 years ago.  Our population in the U.S. is 335 million, compared to 150 million in 1950.  Land and housing continues to go up in cost and value.  And, in Los Angeles, the Grass isn’t Always Greener.  Here are some new trends impacting housing:

“Rent a 327 Sq. Ft. Apartment with 5 Rooms” was the headline in a WSJ article last week. America is having a housing crisis.  Technology that makes small spaces serve multiple purposes could help.  It’s called robot furniture.  Architects, designers and inventors worldwide are working on furniture that slides out of view at the touch of a button. It’s already being used by students, church program directors and some celebrity couples. With a voice command, your bed can float into the ceiling to reveal couches. And artificial intelligence cameras can track where your belongings are stored.  Some of these home systems costs as little as $5,000 and are already installed in apartments with rents as low as $1,000 per month in places like Durham, N.C. and Buffalo, N.Y.

In the early 1900s, when American also faced housing problems, William Murphy, living in San Francisco, invented the eponymous Murphy bed that tucks into a cabinet or wall. Today, mega-furniture creator IKEA is partnering with developers such as Ori to solve problems of cost and space for the future. Demand for housing in America’s cities has continued to grow and city rents are setting records. Ori started in 2011 exploring the concept of “living-bigger-with-less.” It’s to make apartments more functional.  A bedroom can be changed to a living room or home office in minutes.

CoHo in Fort Worth, Texas is a good example.  Most of the units are equipped with “Ori Pocket Studios” which is basically a giant piece of furniture that can glide on a small track installed along a wall. It includes an entertainment center and shelves on one side and has additional storage and a bed on the other.  It responds to touch, voice and app.  The rent is $1,100 per month as compared to $1,450 for a typical studio in the area because the unit is only 335 square feet, not the 600 square feet for the typical studio. The renters like the lower rent and the landlords do too-receiving much larger rent per sq. ft.

﻿Bumblebee Spaces takes it one step further with a little more luxury.   The rooms clear themselves of clutter like Ori and then Bumblebee adds software to catalog everything you own.  You don’t have to remember where you put any of your “stuff.”  The Bumblebee system starts at $14,000 and can go as high as $37,000 per room.

Beautiful green lawns can be traced centuries back to the English countryside’s display of “conspicuous wealth among the landed gentry.”  So writes Professor Christopher Sellers, historian of American lawns. The problem today is not only space for the lawns but the water supply, particularly in places like Southern California.  The lush, manicured emerald yard may become a thing of the past.  Now gravel beds complete with cacti, native plant gardens and, yes, artificial turf abound.  Climate change has brought droughts and new stringent water restrictions including, in some cases, two assigned days per week.

19 million homeowners are served by the Metropolitan Water District of Southern California and many of them are swapping out grass and getting rebates.  Recent buyers of a house with a dead lawn decided, rather than attempting to revive it, to install environmentally friendly landscaping including decomposed granite and native plants. It’s about landscaping without grass. See below: 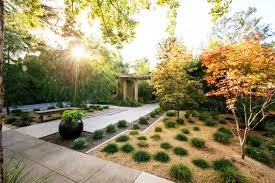 South California’s big population boom started over a century ago.  The Los Angeles Aqueduct opened in 1913 and brought millions of gallons of water 200 miles from the Owens River Valley to L.A.  The vast LA region was built on the concept that everyone could own a plot of land with a house, a beautiful lawn and a driveway.

Over decades, lawns have lived with cycles of drought and rain.  However, recently droughts have been more frequent and intense.  Demand has risen sharply for drought-tolerant plants and artificial turf.  Artificial turf requires no watering, but must be replaced every 20 years. The plan is for a future where urban spaces blend seamlessly with their natural environments.

Conclusion:  With the world’s population expected to be 10 billion by 2050 and the U.S. population near 400 million at that time, housing will continue to be pressed for ingenious changes to providing affordable, productive and environmentally friendly places to live, work and play. We can’t wait to see even more unique solutions in the coming decades.

Detterbeck Wealth Management is a fee-only financial planning / wealth management company with offices located in Palatine, IL (Chicago area) and Charleston, SC areas serving clients locally and across the country. To contact us about setting up an appointment, please see our contact us page
https://dwmgmt.com/﻿