The History of Black Wall Street 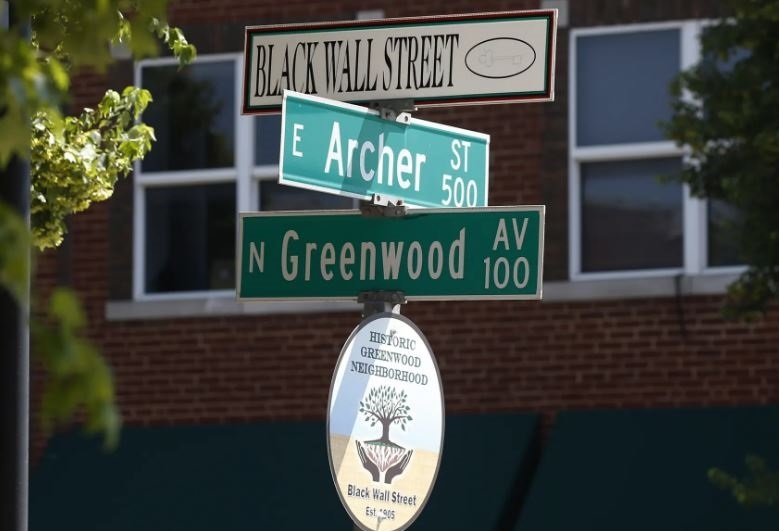 As background, in the year 1906, O.W. Gurley, a wealthy black landowner, purchased 40 acres of land in Tulsa, naming it Greenwood after the town in Mississippi. Just fourteen years later, Greenwood would prosper into one of the wealthiest towns in America.  “Oklahoma began to be promoted as a safe haven for African Americans who start to come particularly post-emancipation to Indian Territory,” says Michelle Place of the Tulsa Historical Society and Museum. Before Gurley's 40-acre purchase, the land where Greenwood resides today had been inhabited by Native Americans for centuries.

In Greenwood, later referred to as Black Wall Street, businesses included a grocery store and a barbershop. Doctors and real estate agents had their own businesses. The neighborhood also had its own newspaper and schools. It was not uncommon to find that a dollar bill spent in Greenwood would circulate through its businesses for over a year before leaving the town's borders.

Because Tulsa was still very much racially segregated in the 1920s, the Black residents of Greenwood mostly frequented Black-owned businesses, which helped the community thrive. According to the Greenwood Cultural Center, the district’s prosperity encouraged black author and presidential advisor Booker T. Washington to coin its nickname, which he originally called “Negro Wall Street,” but later became known as “Black Wall Street."

In 1921, the American Civil War was still in living memory, even though it had ended in 1865, and the First World War had just come to an end in 1918. Oklahoma had only been a state since 1907. Tulsa had just passed an ordinance in 1916 that mandated residential segregation by forbidding blacks or whites from residing on any block where three-fourths or more of the residents were members of the other race. Segregation was a part of life for most of Tulsa, Oklahoma in the 1920s.

On May 31st, 1921, thousands of armed white men, some deputized by local law enforcement, invaded the Greenwood district and shattered Tulsa’s established community. They gunned people down and set fires throughout the district. In less than 24 hours, a white mob reduced a vibrant, 35-block area to rubble. As many as 300 died and many more were injured. According to the New York Times, property damage, conservatively estimated, ranged from $1.5m to $2m, well over $25m in present value. Prosperity in Greenwood would slowly return, peaking in the 1940s, but was hobbled by insurance redlining, discrimination, and the challenges that accompanied integration.

From 1921, it would be another thirty-one years until Brown vs. Board of Education and another forty-four years until Jim Crow Laws formally came to an end in 1965. The pain of Tulsa’s historical trauma still lingers. So does enduring inequalities in our societies today. We've come a long way from the conditions of 1921, but we still have a ways to go.