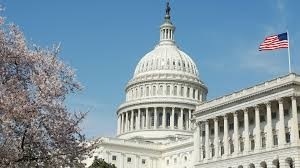 Two weeks ago, the House of Representatives almost unanimously passed the Setting Every Community Up for Retirement Enhancement (SECURE) Act, adopting their version of long-awaited retirement legislation that can now be introduced for deliberation on the Senate side and ultimately head to the President’s desk.  While Congress has discussed this for many years, these policy changes come at a time when life expectancy has increased and a greater number of American retirees must ensure that they don’t outlast their savings.  The bill is now in the Senate Finance Committee, where action has slowed as a handful of Finance Committee members have some issues they want addressed before agreeing to vote on it.

The marquee provisions in the House bill, estimated to cost $16.8 billion over 10 years, include providing tax credits and removing barriers for small businesses to offer retirement plans and boosting the minimum age for required minimum distributions (RMDs) to begin from 70½ to 72 years old. Other significant changes written in the House bill would make it easier for tax-deferred retirement plans, like 401(k)s, to offer annuities and also repeals the age cap for contributing to individual retirement accounts, currently 70 ½.  There are also beneficial measures for part-time workers, parents, home-care workers and employees at small businesses, as well.

As reported by the May 23rd WSJ article, the House legislation also repeals a 2017 change to the “Kiddie Tax” that can boost tax rates on unearned income for low and middle income families that had caused surprise tax increases for many, including many military families of deceased active-duty service members . This policy change would also benefit survivors of first responders and college students receiving scholarships. This provision helped accelerate the passage of the bill to resolve a problem for military families right before Memorial Day.

To help pay for these changes, the House bill limits the “stretch IRA” provisions for beneficiaries of inherited IRAs. Currently, beneficiaries can liquidate those accounts over their own lifetimes to stretch out the RMD income and tax payments. The House bill would cut the time down to 10 years, with some exemptions for surviving spouses and minor children.

A handful of Republican Senate members have some concerns about the House bill, including the House’s resistance to a provision that allows 529 accounts to pay for home-schooling costs. The Senate Finance Committee has introduced a bill closely resembling the House legislation – the Retirement Enhancement and Savings Act. Republican Senators are considering whether to make even broader policy changes than the House bill.

Here are the key items included in the House bill that are of most interest for our DWM clients:

IRAs if you are over 70 ½  -  This bill would increase the age for the required minimum distributions (RMD) to begin from 70 ½ to 72. This will allow the accounts to grow and save taxes on the income until age 72. Also, there would no longer be an age restriction on IRA savings for people with taxable compensation – the age is currently 70 1/2.

401(k)s – Small business employers would be allowed under this legislation to band together to offer 401(k) Plans to their employees, if they don’t offer one already. Long-standing part-time workers would now be eligible to participate in their employer’s Plan and new parents would be allowed to take up to $5,000 from 401(k)s or IRAs within a year of the birth or adoption of a child. Employers would also be required to provide more comprehensive retirement income disclosures on the employee statements and it would be easier for employers to offer annuity options in their 401(k) Plans.

Student Loans/529s – The House version of the bill would allow up to a $10,000 withdrawal from a 529 to be used for student loan repayment.

At DWM, we are always watching for legislative changes that might affect our clients and will continue to report on these important developments. Please don’t hesitate to contact us with any questions or comments!