Warning: Alternative Facts May be Hazardous to your Portfolio Returns 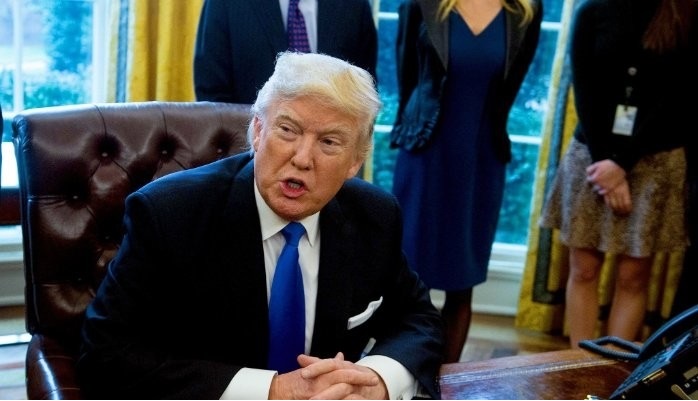 Alternative facts may work sometimes in business and politics, but they don’t work with investments. Returns are based on reality, which can be complicated, random and uncertain.

30 years ago, in his book, "The Art of the Deal," Mr. Trump extolled the virtues of "truthful hyperbole" which he described as "an innocent form of hyperbole-and a very effective form of promotion." In interviews over the years, Mr. Trump has inflated everything from the size of his speaking fees to the cost of his golf club memberships to the number of units he had sold in his new Trump buildings. His decades of habitually inflating claims about his business acumen and his wealth have helped produce lucrative licensing deals for the Trump brand around the world.

It is no surprise that President Trump has continued his pattern in his first days in office. He has made inflated claims about how many people attended his inauguration, his insistence (contradicted by his own Twitter posts) that he had not feuded with the intelligence community, or his claim that Hillary Clinton won the popular vote only because millions of people voted for her illegally. No worries. Trump adviser Kellyanne Conway simply refers to these as "alternative facts." Others might call these falsehoods, some would call them lies. Regardless, they are part of the "post-truth" era in politics. Very disturbing but apparently part of the current political landscape. Overall, it reminds some people of George Orwell’s "1984" in which the Ministry of Truth had three slogans: "War is peace. Freedom is slavery. Ignorance is strength." Yes, very scary.

Even so, in business and politics, alternative facts may be effective. Voters live in their own bubbles of perception and confirmation bias. Once they lock in on a candidate, it’s tough to change their minds regardless of subsequent facts. It’s true- all of us have patterns of irrationality. We all get lead astray. This is described brilliantly in Michael Lewis’s new bestseller, "The Undoing Project." We can become victimized by the "halo effect" in which our thinking about one positive attribute causes us to perceive other strengths that aren’t really there. Another is "representativeness" which leads us to see cause and effect when we should accept uncertainty or randomness. Mr. Lewis showed how pioneer behavioral economists Daniel Kahneman and Amos Tversky demonstrated that all of us misanalyse all sorts of situations, in business, politics, and everyday life. We accept alternative facts rather than true reality.

Investors can lose lots of money when their beliefs diverge from the reality and they are led by alternative facts and subjective reality. They believe they understand major issues; such as how tax reform might impact corporate earnings, the odds for a recession, and repatriation of overseas capital. The real problem is their absolute certainty in areas which are, in reality, uncertain or random. (The U.S. election results and the markets’ behavior thereafter is a great example).

What really gets these subjective reality investors in trouble is the difference between fact and opinion and falling prey to overconfidence. No one knows the future. None of us can possibly comprehend all the forces at work every day and how these continually change. Each of us has our own baggage we bring to our decision-making every day that turns facts into opinions and often truth into alternative facts.

At DWM, we always say, focus on what you can control and respect what you can’t. Establish a diversified portfolio with an asset allocation commensurate with your risk profile. Keep costs low. Stay tax efficient. Stay invested. Stay disciplined. Monitor results and rebalance as necessary. Don’t try to time the market. Don’t think you’ve found the "silver bullet." Don’t kid yourself-your subjective beliefs and alternative facts can be hazardous to your portfolio returns.